Sixteen years ago, Daryl Atkinson was like many of the 600,000 Americans leaving prison each year — excited to return home, but worried about the welcome he might receive as a formerly incarcerated person. Though his family refused to define him solely by his past mistakes and supported him as he pursued college and law school, society was another story. Not only did he face social stigma because of his past, he lost his driver’s license, making it difficult to find work; was barred from receiving federal financial aid for college; and, perhaps most importantly, is still denied the right to vote in his home state of Alabama.

It is this type of structural and cultural discrimination — the many ways that society forces those with a criminal record to continue to “serve time” even after they are released — that Atkinson now fights as the inaugural Second Chance Fellow at the U.S. Department of Justice (DOJ). Prior to this appointment, Atkinson was recognized as a White House “Reentry and Employment Champion of Change” for his work as a senior staff attorney at the Southern Coalition for Social Justice, where he advocated for the rights and needs of people with criminal records. America’s Tomorrow spoke with Atkinson about his many years working to shift the narrative about those who have been incarcerated, connecting them with the support, respect, and opportunity necessary for them to thrive.

You are the first Second Chance fellow at the DOJ, and you are a founding member of the North Carolina Second Chance Alliance. Can you explain what a “second chance culture” entails?

I often relate it to my personal experience after prison. I served 40 months in prison, much of it in a maximum security institution when I was in my twenties, and when my mom and my stepdad came to pick me up, they rented a Lincoln Town Car. I didn’t pay any particular attention at that time because I was so excited to get away from that place, but a couple of years later I asked my stepdad why. He said they wanted to make a grand gesture to send the message that my experience in prison didn’t completely define who I was and what I could be. They continued to support me — offering food and shelter and financial support — throughout college, and the combination of support and physical investment is a large part of what I view as a “second chance” approach. We need to invest in people’s success, so that they can be contributors to their community and society.

The Obama Administration has been instituting a number of policy solutions to cultivate this concept. The Second Chance Act, signed into law at the end of the Bush Administration, has resulted in more than 700 grants totaling over $400 million to reduce recidivism and improve outcomes for people returning from state and federal prisons, local jails, and juvenile facilities. These investments help people with criminal records by providing basic needs like housing assistance, job training, and substance abuse treatment. More recently, the Department of Education started the Second Chance Pell Program, which will allow over 12,000 eligible incarcerated students to pursue postsecondary education while in prison. These kinds of programs aren’t enough to meet the needs of the entire formerly incarcerated population, but they are helping the Administration build the evidence base for how powerful these programs are, which will aid in advocating for more funding for this work.

When you were at the Southern Coalition for Social Justice, you helped to pass a “ban the box” policy in Durham, North Carolina, that had incredible results. Can you describe how that campaign developed?

The Southern Coalition for Social Justice (SCSJ) is a civil rights advocacy organization that follows a community-lawyering model, meaning that we provide general counsel for the most vulnerable communities across the southeast, and we let them set the agenda of what issues are most important. Engaging the community around these issues is something that has guided my work at SCSJ and informs my work at DOJ. For instance, a few years back we were working on voting rights for those with criminal records in North Carolina, but when we engaged the community we realized that barriers to employment were the most pressing need. We were aware of the “ban the box” movement that had started in Oakland, California, and started a similar campaign in Durham, North Carolina, to remove criminal history questions from job applications and prohibit the use of a criminal record as an automatic bar to employment.

We knew that to successfully shift the narrative around employing formerly incarcerated people, we needed to ensure that people with criminal records were integrated into the policy-making process throughout. When there were city council meetings, we engaged with community partners to train local spokespeople who could speak in their own voice about the impact of not being able to work and how that affected their families. We reached out to faith-based organizations to put a moral force behind our campaign. We got some notable endorsements from the sheriff about how ban the box was consistent with public safety, because keeping people with criminal records from employment opportunities can force them back into an underground economy.

We also made the economic argument, pointing out that there are 1.6 million adults with criminal records who shouldn’t be sitting on the sidelines of the economy. By sharing these messages and engaging community members to tell their stories, we were able to convince the city and the county governments to pass ban the box policies that have had a huge effect. In the city of Durham, for example, the total percentage of city hires of people with criminal records was 2 percent in 2011, the year the policy passed; by 2014 it was over 15 percent — a greater than seven-fold increase.

How does the work you’re undertaking at the DOJ continue this work and connect to your larger goals of building a second chance culture?

In my fellowship at the DOJ’s Bureau of Justice Assistance (BJA), I advocate for the rights and needs of those with criminal history, and I also work to ensure that DOJ is hearing from the stakeholders most directly affected by the justice system. This part of my work draws heavily on the lessons I’ve learned at the local level. Having this bridge between the policymakers and those most affected by the policy is a game-changer. Not only does it provide important feedback on the effects of policy, it also helps change the temperature of the exchanges between communities and the federal government. When policymakers have real exchanges with folks from the community, and hear about their family obligations and experiences — like dropping their kids off at daycare — it diminishes the “us versus them” dynamic that can make it easier to enact negative public policies. In general, I think we need more open dialogue about how common interactions with the justice system are, and how it is not just some fringe part of society that deals with these issues.

Ten to 12 million people in the U.S. cycle in and out of city and county jails, and one in three Americans have an arrest or conviction history. This is a huge segment of our adult population, and to continue to marginalize them through stigma and discriminatory policies has significant consequences for our society as a whole. That is why part of my fellowship includes qualitative interviews with formerly incarcerated people who have gone on to become highly successful. I want to identify which interventions changed the trajectory of their lives, and lift up these successes to the federal government for future policymaking. I am also going to create a digital story bank of their stories, so that the public can access these stories and see that people who have been in prison can go on to be active, positive, influential members of their community. Both the public and policymakers need to hear these stories and realize not only the hunger for opportunity that people who are leaving prison have, but the potential they have to go on to great things. 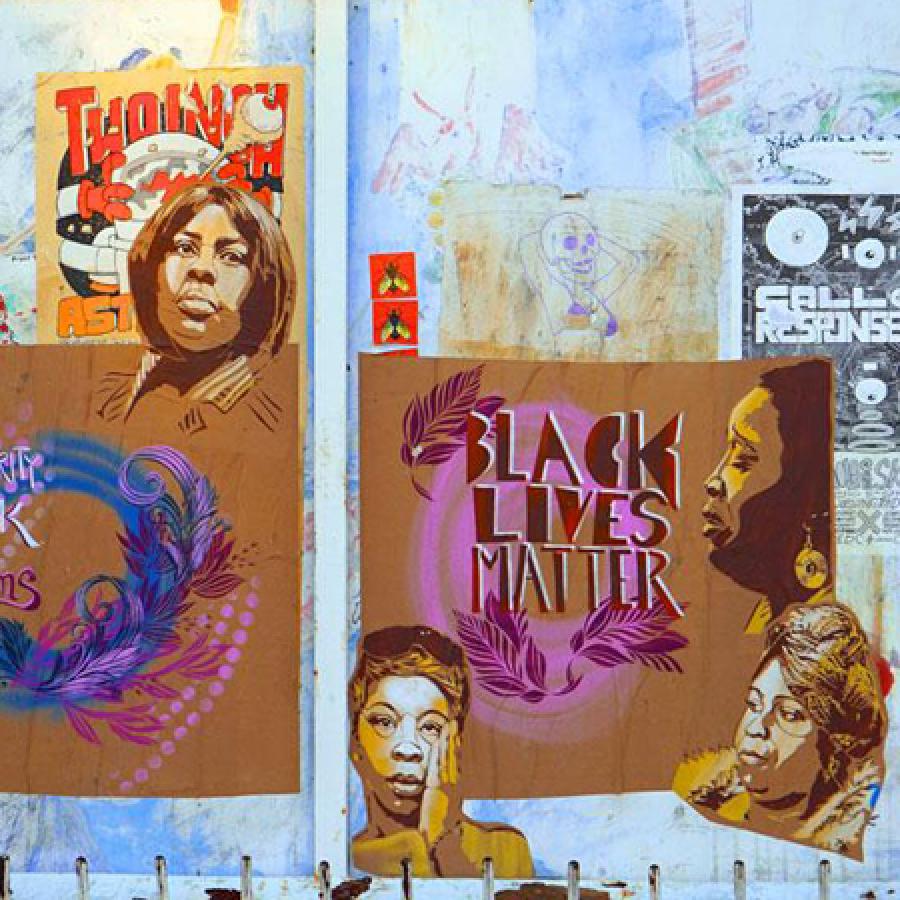