Careers, Not Jobs: How Boston’s Workforce Development Initiatives Are Pushing the Economy Toward Equity

Careers, Not Jobs: How Boston’s Workforce Development Initiatives Are Pushing the Economy Toward Equity 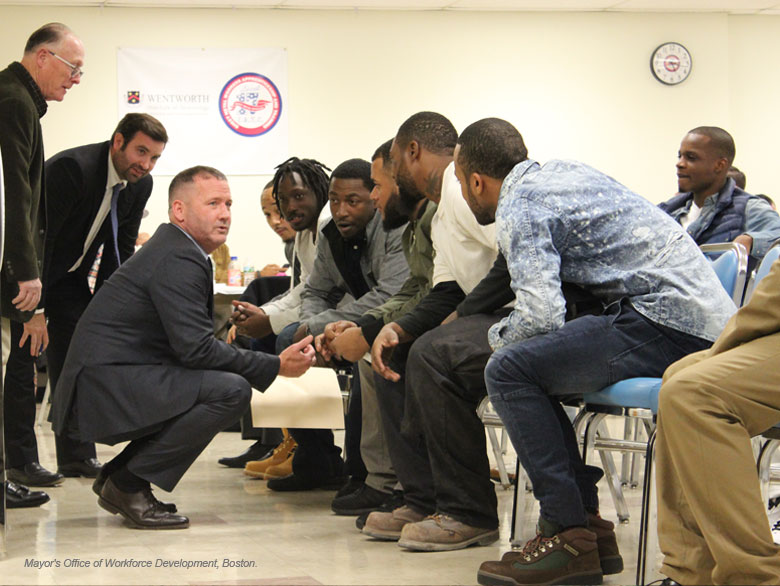 Donan Cosme was only 15 when he found himself in the crosshairs of gang life, facing off against a member of a competing gang, guns raised. More than a decade and later, these two men would meet again — not as rivals, but as colleagues and fellow apprentices within Boston’s Sprinkler Fitters Local Union 550.

“We’ve put our differences aside and we can work together like it never happened,” Cosme, 30, said. “This is what’s possible when you give people a second opportunity to make something of themselves.”

Cosme credits this second opportunity to Operation Exit, a program that provides formerly incarcerated and at-risk residents with the skills and support necessary to enter apprenticeships in building trades, culinary arts, and the tech industry. The program has placed dozens of graduates into career-track apprentice opportunities that pay well above the city’s living wage.

Read the full story in Next City.